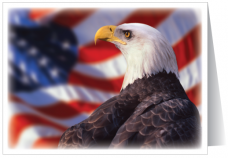 “Goodnight Soldier” was written in the middle of the night, after watching a documentary about the last letter a family received from their son after he was killed in Iraq. I was heartbroken watching it. I was so very touched. My wife and I cried and cried throughout the show. It actually put a human face on the soldier, as opposed to the desensitized descriptions you hear on the news: “Six soldiers were killed today.” There is rarely a name or a face to go along with the clip. When we actually saw the face, and got to know in some small way a soldier who was killed, I was powerfully moved. I realized just how extraordinary the sacrifice is that our soldiers make in defending our country. I believe the entire country should come together and show appreciation for our military. They don’t get paid much for what they do, and they put everything on the line for us, including their lives.

In America, you have the right to be an anti-war advocate, but you should always support our troops. They are fighting for the right of an anti-supporter to voice his opinion. In many nations, if an anti-supporter voices his opinion, he or she could be put in prison or put to death. Because soldiers fight for you, you are afforded the opportunity to live your life the way you want. This is a beautiful country, and offers us all so much. People die trying to make America their home. We are the greatest country in the world, with opportunity for all, and it didn’t get this way by sitting back and doing nothing. Our forefathers had a dream. Some said it was an impossible dream, but they made their dream your reality.

The realization of dreams requires sacrifice. What are you willing to sacrifice? This song is patriotic tributes to the troops, thanking them for their sacrifice, letting them know that I care and respect them for defending our freedom. Freedom isn’t a given; we must constantly fight for it so that the next generation can also enjoy it. If the nation one day just up and put an end to all military operations, eventually our freedom would be taken from us. Look around the world, it happens all the time. There are great people in our military, and they are the ones who protect us. They deserve respect. God bless the active service members and the veterans!

There are no reviews yet.

Got something to discuss?